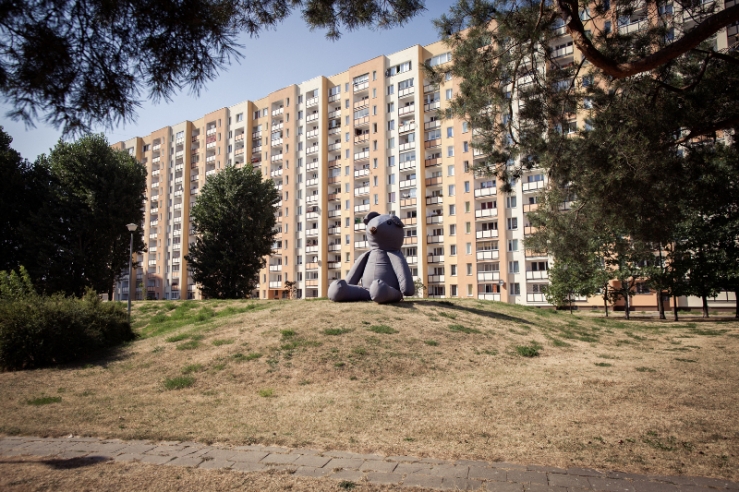 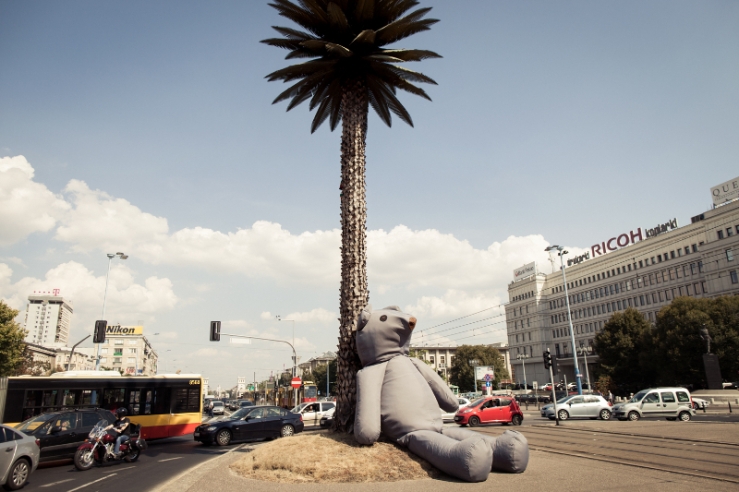 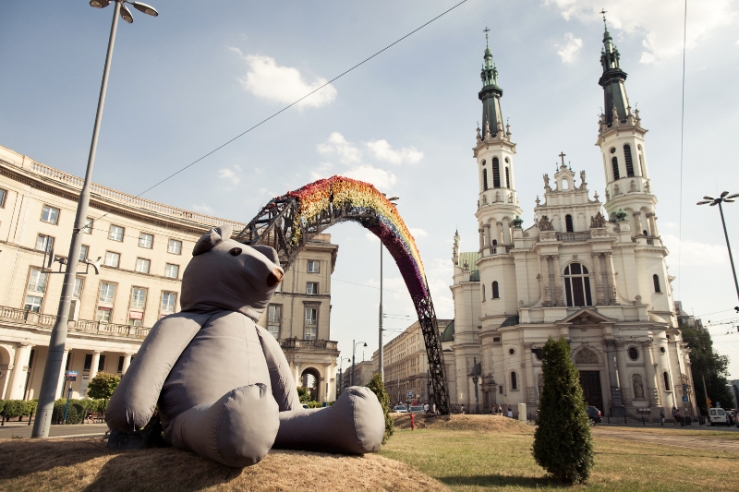 A giant and cuddly teddy bear right in the middle of the city? I’m in! Nothing better than seeing such a cute thing to put a grin on my face.

Initiated by Iza Rutkowska from the Forms and Shapes Foundation, this big teddy bear has been installed in several consecutive places in Warsaw, as a reminder to look closely and not to forget what’s around us. This is not only a great idea to invite passers by to be more aware of their usual surroundings, but it is also a way of binding people together by talking about the bear, climbing on the bear and cuddling the bear (also called “Public Friend”).