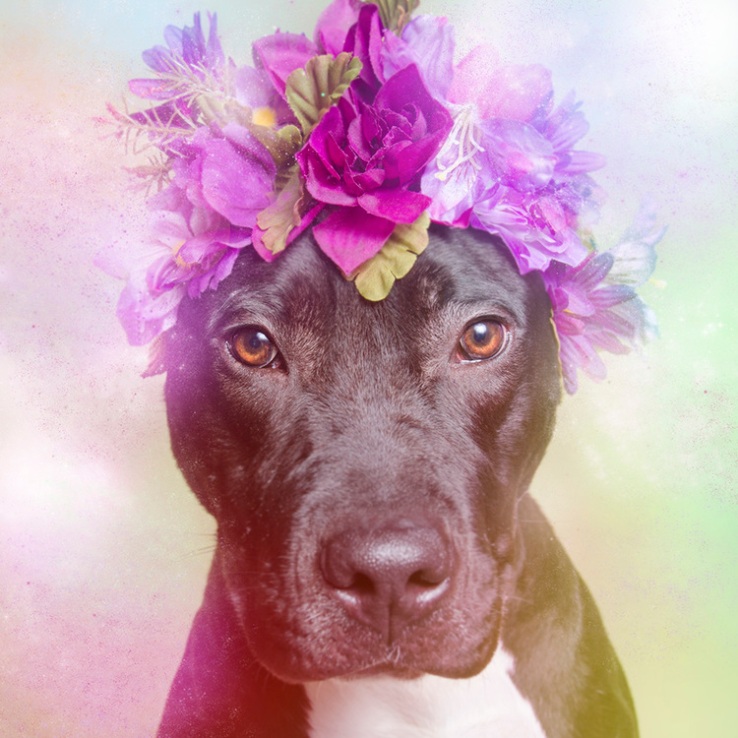 Pit bulls have the reputation of being violent and dominant, and about 1,000,000 pit bulls are euthanized each year in American shelters. Because of their bad reputation, people are usually reticent to adopt them, and this is the reason why Sophie Gamand has decided to create this series.

After working in several shelters, she noticed that the violence of pit bulls was only a cliché, and she decided to portray these dogs in a much more soft and feminine way. “Flower Power” is the name of the series, because she wanted the public to be aware that these dogs are victims of prejudice, and a bit like hippies, have to fight the system and the image they are given.