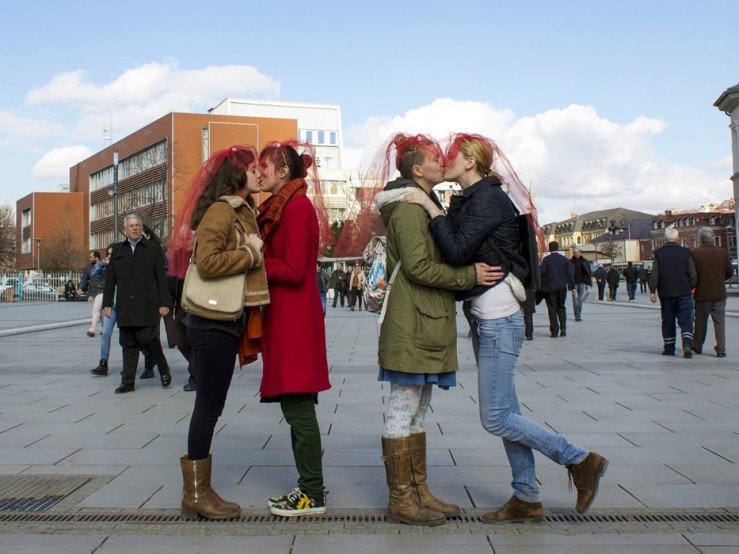 The Haveit Collective is a team of four badass gals from Kosovo who have decided to speak against the inequalities and patriarchal society of their country. Their prime target? The Kanun, a bronze-age set of rules, still in place in nowadays Kosovo, that considers women as only fit for childbearing, and altogether, as second-class citizens.

Their live performances are usually held in the streets of Pristina, the capital, where they challenge the local community with visually striking actions in order to make people think and reflect on the established ways. For instance, on International Women’s Day, they took a copy of the Kanun and covered it with flour, beat it with a rolling pin and then deep-fried it.

Their performances are usually filmed or photographed and then published online, resulting in them receiving regular death threats from less open-minded folks. These threats, unfortunately treated lightly by the local police, only reinforced the Haveit collective’s desire to make things change.